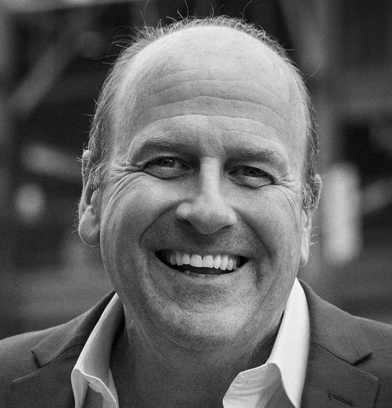 Most significantly, president and partner David Selby will be taking over as CEO. His predecessor, co-founder Tim Condon, is leaving that role to become executive chairman and chief culture officer.“

SCC has come of age,” wrote Condon in the memo that went out to all staff. In addition to Selby’s promotion, he also announced that managing partner, director of client service Gail Carter will be president and chief client leadership officer and that co-ECD Suzanne Martineau has been promoted to “Chief Human Insights Officer” with her co-ECD Denny Hebson taking over creative.

Here’s the full memo, which attributes these changes to “yet another year of strong topline growth” including recent wins like hometown Advocate Health Care.

I hope everyone had a nice Holiday break and are surviving the cold! As we get into the business of 2018, I wanted to thank everyone again for all of their incredible efforts in 2017. In addition to yet another year of strong topline growth, we made significant progress as an agency––and as an organization––laying the groundwork for a terrific 2018, and beyond.

In the coming months, you’ll be seeing some changes in SCC’s management structure and title nomenclature. This has been in the works since early 2017, and is designed to both recognize, and get full credit for, the incredible strength and talent we have in the SCC management team, and throughout the organization. It is also part of a strategy to better focus our resources, and position the agency––and everyone at the agency–– for continued, accelerated growth.

SCC has come of age. And while we’re still a feisty, scrappy group––and always will be––our client list has evolved to larger-scale, higher-profile brands and our competitive set is now the agencies that tend to be in the hunt for those brands. So it’s important that our structure matches up with our client contacts in the C-suite as well as with our competitive set.

As one of the first changes, I’m pleased to announce that David Selby has been promoted to Chief Executive Officer. Now in his ninth year at SCC, David has proven himself as a leader—and thought-leader for the agency.  There are few individuals in the brand/creative business that can lay claim to what David has accomplished in his career. David will be responsible for all aspects of the agency and its product.

I am also excited to announce that Gail Carter will be taking on the role of President and Chief Client Leadership Officer, recognizing the tremendous contributions she has made to SCC throughout her 24-year tenure, and the strong leadership and management skills Gail brings to the agency and our clients every day. Gail will be working closely with David across all SCC client businesses, as well as heading up SCC’s training and continuing professional education programming.

Mike Grossman has been named Chief Integration Officer, expanding his role from heading up SCCprism to include driving integration across the agency client list and operating units. Digital integration and integrated messaging across brand touchpoints are critical to realizing SCC’s promise as an organization that can leverage economies of scale and synergy across all platforms. This was actually Mike’s title previously at Manning, Selvage & Lee after Leo Burnett PR (which Mike was tapped to start up at LB) was acquired by Publicis Groupe and merged with MS&L.

Gwen Friedow has been promoted from Executive Director, Brand Planning to Chief Strategy Officer, recognizing the importance of strategy to our clients, and the incredible intellectual fire-power that Gwen brings as a business and brand strategist. A soon-to-be 20-year veteran of SCC, Gwen will be leading SCC’s brand and business consulting offering, and will be a key component of SCC’s push into digital business and brand transformation, working with John Anthony’s group on front-end strategy.

Also nearing her 20-year mark at SCC, Suzanne Martineau has been promoted from Co-Executive Creative Director to the new role of Chief Human Insights Officer. Human insights are one of the most powerful things an agency can bring to its clients, and we have long felt that we needed focus on this critical aspect of the brand business. We also, quite frankly, wanted to create an opportunity to have Suzanne’s brain involved in every brand SCC engages with. While the title change is immediate, Suzanne’s role will obviously take some time to fill in the creative department, so she will be busy operating on both fronts as we conduct a search to replace her on the creative side.

Denny Hebson is being promoted from Co-Executive Creative Director to the position of solo Executive Creative Director with full responsibility for the SCC creative department. Denny and I go back a long ways to the 80’s when we were both copywriters together (though I do have a few years on him!). Since then, Denny has grown into an incredibly-talented creative professional, and since joining SCC in 2009, he has proven himself as a powerful force as both a prolific, thoughtful, inventive creative and creative leader.

John Anthony has been promoted from Executive Director, Digital, to Chief Digital Officer. John has been a critical addition to drive SCC’s charge into digital transformation. With John’s leadership, intellect and energy, SCC has gone from an open-source web developer to a digital transformation partner for our clients, making SCCdigital a player in enterprise-level cloud marketing deployment.

Greg Wenstrup will continue in his role as Chief Operating Officer, keeping the ship tight and sailing along. Greg’s 22 years at SCC has given him great perspective on SCC’s systems and practices, many of which we have pioneered to fit the unique needs of our integrated offering. Finance, HR, and all agency operations will continue to report into Greg.

And, finally, as what has come as a bit of a surprise, Jim Stadler has decided to make a career change, moving back to the client side—and will be doing it as a client of SCC! As of January 22, Jim will be taking on the role of CMO at First Midwest Bank. As everyone knows, Stads has been a huge contributor to the agency on many levels, and just an all-around great person to have as part of Team SCC. While we will certainly miss Jim as a member of the SCC management team, we look forward to welcoming him as a client and wish him continued success and a lot of it. We look forward to many, many more years of us all working together.

As for me, I am going to be operating as Executive Chairman and Chief Culture Officer, working with David, Gail and the rest of the senior management team on broader management issues and opportunities. This is a new role; one that helps us as an organization mirror the changes in the world around us and ensuring SCC is a vital, growing, awesome place to work. My goals are simple: to give everyone at SCC as much potential for growth as possible, and make sure we’re all having a lot of fun doing it.  I have been saying for a long time that we have quite a group of stars here–and we need a bigger stage. With the above changes, I think we’re heading in the right direction and will continue to create opportunity for everyone in the house.

There has been a lot of thought and planning put into how we are staging the evolution of SCC as a professional creative and technology enterprise.

I hope you will all join me in congratulating everyone above on their respective promotions and extend your best wishes and parting sentiments to Jim Stadler. Stads, you know there will always be a bottle of Dewie’s at Schafe’s Place for you!